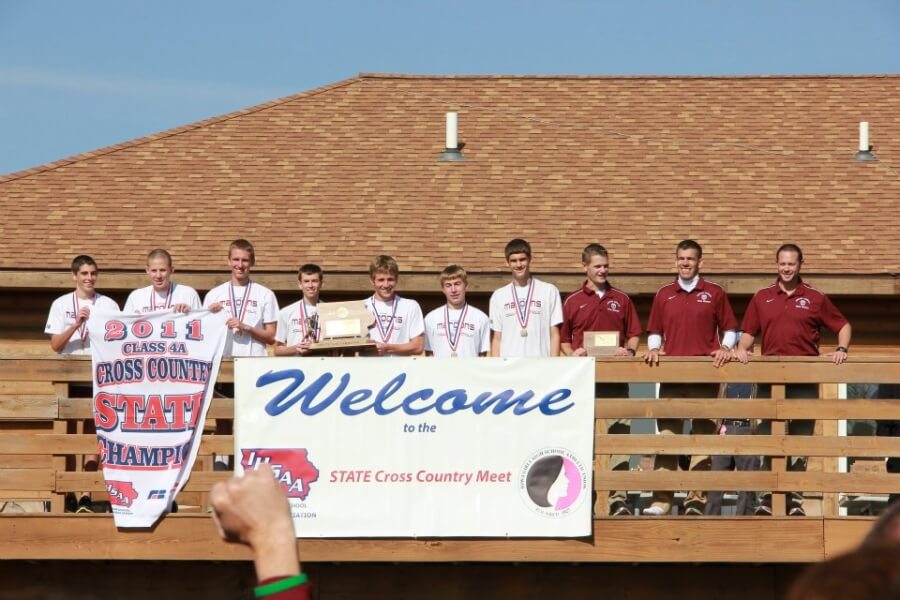 Tim Ives recently completed his 16th season as Head Boys Cross Country Coach at Dowling Catholic High School. In 12 of the last 13 seasons, the Maroons have finished on the podium (top 3 teams) at the state meet, including 8 state championships. At the 2012 State Championships, his team's average time for 5 kilometers was 15:32.